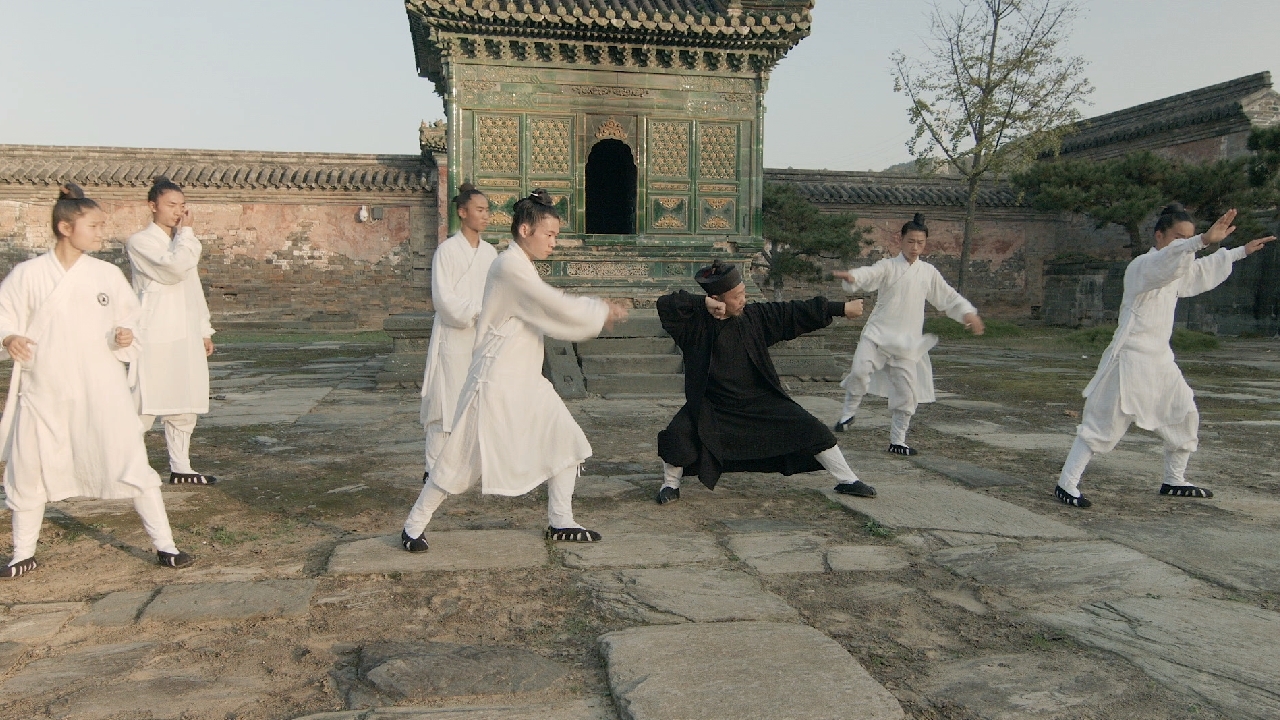 In the following video excerpt from the movie, Wudang Master Zhong Yun Long discusses the fighting aspects related to Tai Chi and The Tao. Master Zhong Yun Long broke years of solitary Tai Chi practice and meditation to come down from his Mountain cave and resume teaching at his Kungfu school, San Feng Pai. In the Immortal Path we explore this and other Wudang schools of Tai Chi to uncover the secrets of ‘tapping into our potential’ and to reach the goal of Taoist practice… to become an immortal.  As master Zhong Yun Long states “The Tao Te Ching tells us that everything in the universe changes and is the balance of Yin and Yang. This is also the heart of Tai Chi Chuan.”

Master Zhong Yun Long’s own school, the San Feng Pai insists students train in Hard Qigong to strengthen their body for fighting as well as Tai Chi. “From Wuji to Tai Chi to Liangyi is the core of our practice” says Master Zhong Yun Long, “Liangyi shows us that from softness comes explosive fighting force.” At the heart of all the schools on Wudang Mountain is the Tai Chi form…  the mind and body moving from Yin to Yang. In the words of the Wudang masters… Tai Chi is the Tao in motion.

This is a short excerpt taken from our latest release The Immortal Path, The Tao of Tai Chi Chuan. This and other films are available for purchase on this website. Please watch The Immortal Path trailer.