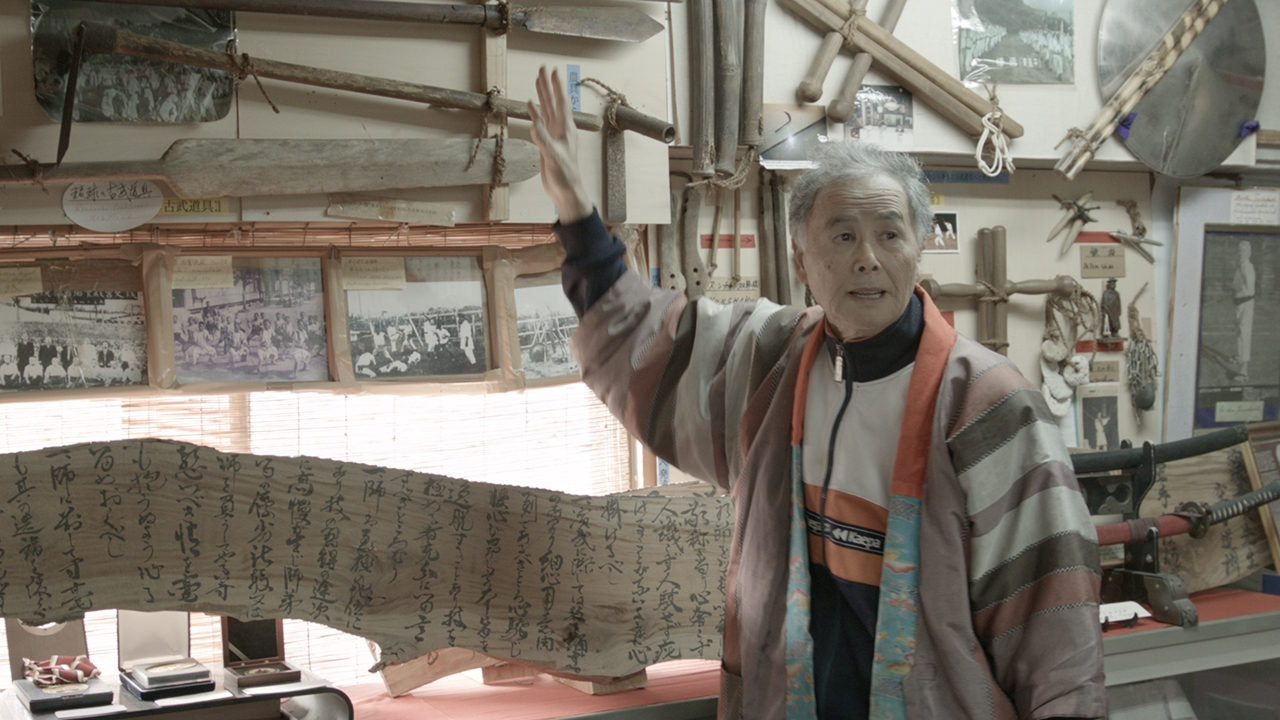 Written by: Emptymind
Jun 22, 2017
Welcome to Warriors of Budo Episode One: Karatedo featuring the Okinawan dojo of Sensei Morio Higaonna who is acknowledged as a true Warrior of Budo. Such a warrior may train his entire life for a moment that never arrives. As a master of the fighting arts, achieving victory in a fight can mean death for the adversary. Yet at the highest level, a Warrior of Budo will choose peace instead of conflict. This is Warriors of Budo Episode One: Karatedo of Sensei Morio Higaonna.
We start our journey in India with the beginning of martial arts and the ancient style of Kalari, Karate’s oldest ancestor. At the Shaolin Temple in China, we witness how the roots of martial arts started to grow and become two styles of internal (soft) and external (hard). Our main feature in Episode One takes place at the Okinawa Goju-Ryu Dojo of perhaps the greatest Karate master of all time.

This film clip is taken from Warriors of Budo: Episode One Karate. It is a brief history of Karate from it’s concept as a fighting art in the far east and India to a martial art in China and to the island of Okinawa through the trading and immigration routes. Karate finally entered mainland Japan in the beginning of the 20th century. Narrated by Dr. Alex Bennett.

]About the narrator: Dr. Alex Bennett holds doctorates from the University of Canterbury and Kyoto University. He has worked for the International Research Center for Japanese Studies and is currently Associate Professor at Kansai University’s Department of International Affairs. He received his first PhD from Kyoto University where his PhD thesis’ subject was “Investigating a Definition of Bushido”. He lectures frequently on Japanese martial culture and is Vice President of the International Naginata Federation and a committee member of the All Japan Kendo Federation, as well as director of the Japanese Academy of Budo. He is the founder of Kendo World Magazine and the head coach of New Zealand Kendo. He holds Kendo Kyoshi 7th dan, Iaido 5th dan, Naginata 5th dan. His recent books and publications include: Hagakure (The Secret Wisdom of the Samurai). Naginata: the Definitive Guide. Budo Perspectives, The History and Spirit of Budo and The Bushido That Japanese Don’t Know (Japanese).