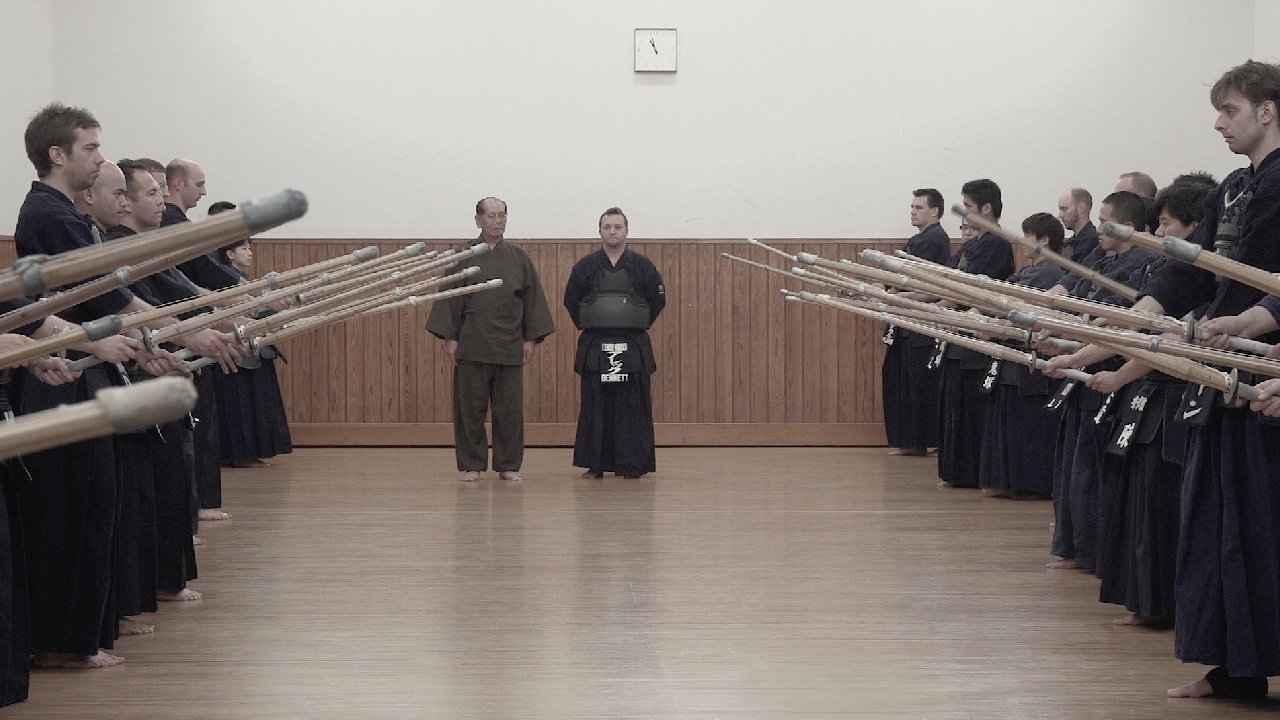 If you have watched our Warriors of Budo series you may know that Alexander Bennett was our featured narrator. That was a determined effort on our part to hire him. He is almost certainly one of the most knowledgeable experts on the history and culture of Budo and especially Kendo and Naginata.

In this film clip taken from Warriors of Budo: Episode Five Kendo, Alex talks about his 7th dan Kendo grading, which he passed at a fairly young age at the first attempt. He also shares his thoughts as he looks toward the next test – easily the biggest of his career – the 8th dan grading. Alex is a Professor at Kansai University in Osaka while acting as the head coach of the New Zealand National Kendo team and co-founder and editor of Kendo-World Magazine. He is also an accomplished author… his latest publication is Kendo: The Culture of the Sword.

Alex Bennett will be hosting the annual Kendo World Keiko-kai (practice-seminar) on July 29th at the Meiji University’s Nakano Campus in Tokyo. Like every year, Alex has invited several 8-dan and 7-dan sensei to act as motodachi. So far, eight 8-dan sensei have confirmed that they will be attending. A not to be missed event!