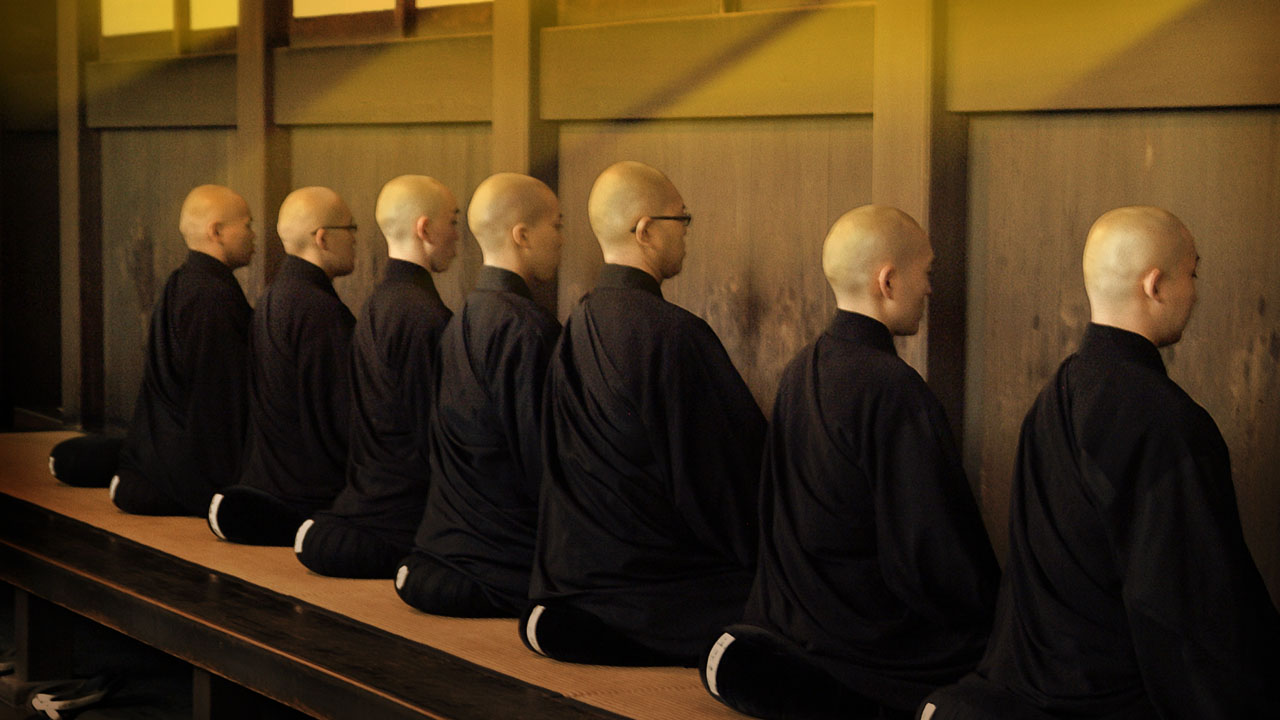 When Dogen, the founder of Soto Zen, brought Zen to Japan from China 800 years ago, it quickly took root and became an integral part of Japanese life. Yet what do we know about zen practice in Japan today? The Zen Mind is a fascinating journey across Japan to explore zen in its natural habitat.

Zen training is explored in The Zen MInd through the practice of zazen or sitting meditation and kinhin (walking meditation). With interviews, demonstrations of sitting and actual practice, we take the lid off the many misconceptions that abound in zen meditation. While the cloistered lifestyle of the zen monk is in decline in Japan, zen meditation is spreading rapidly in the west. Typical of this modern approach to dharma practice is the Dogen sangha, a zen center in Tokyo where commuters stop on their way home for zen meditation. It is a complete contrast to the remote mountain monasteries where formal buddhist rituals are zelously maintained. This contrast heightens as we enter Japan’s largest Soto zen monastery and join the monks in their everyday workplace, cooking and cleaning. Before and after their work is done they will sit in zazen. We will take you into the zendo or meditation hall and like a fly on the zendo wall, witness the monks as they begin what will be many hours of zazen and sometimes through the night. Only the abrupt crack of the roshi’s stick on the monks shoulder breaks the silence as he summons them to focus, flushing out any thoughts… erasing self-doubt and ego… clearing a path to self-realization. You can read reviews of The Zen Mind at Top Documentary Films.

The Zen Mind soundtrack is by Christopher Yohmei, a grandmaster of the shakuhachi flute. Read more about this beautiful Zen Mind Soundtrack.