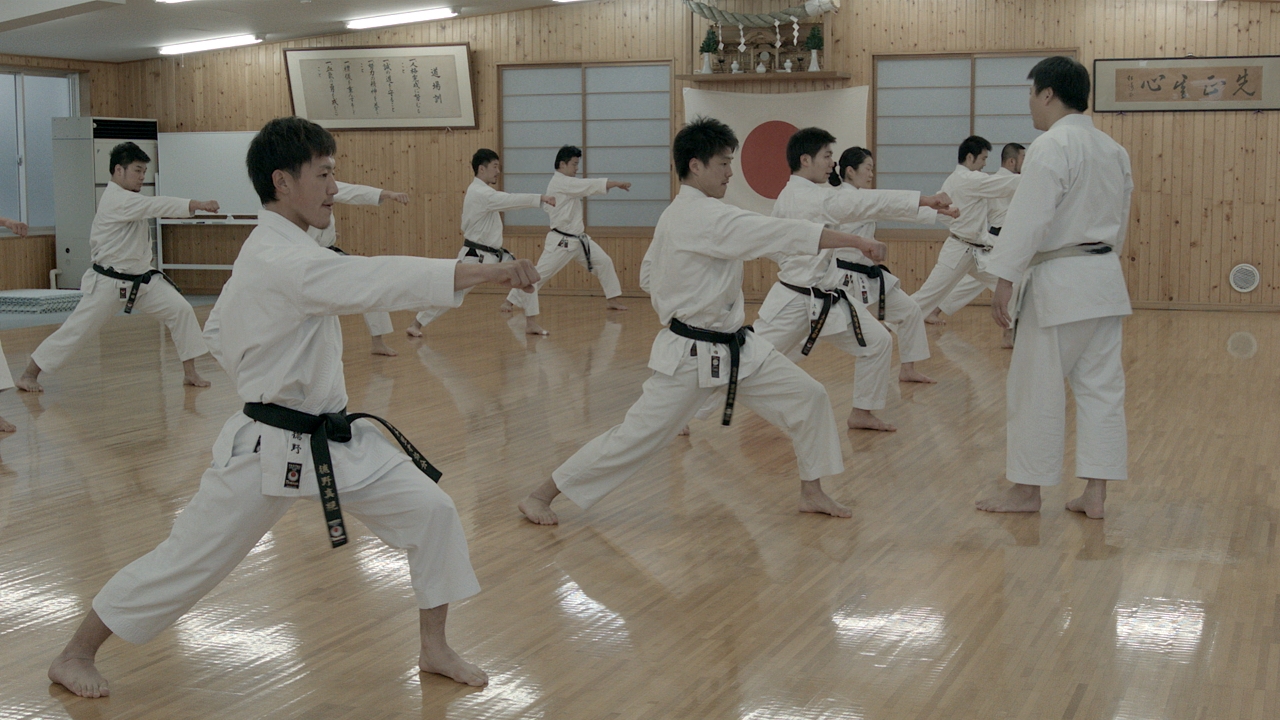 By the time the senior students of Gichin Funakoshi opened the doors of the Japan Karate Association in 1949, Shotokan Karate was already well established. Just six months after Funakoshi’s death in 1957, the JKA held the first JKA All Japan Karate Championship and opened the door to Karate as a sport. Tatsuya Naka, 7th dan, a past winner of the All Japan Championships, is a new generation of JKA instructor. With his good looks and Karate skills he soon caught the attention of the movie industry. His first movie, Kuro Obi received praise from critics and Budoka alike for it’s realistic portrayal of Martial Arts, thanks to the casting of Naka in the lead role.

For some Karate will never be a sport. There are no rules and no second chances. It is Bujutsu, where defeat has one consequence… death. This is the Karate of Mikio Yahara. As a product of the legendary JKA instructor course he quickly earned a reputation as a fierce competitor with a win at all cost attitude. Today he is Chief instructor of his own organization, the Karatenomichi World Federation. It is at the KWF that Yahara’s vision of Shotokan Karate is realized in the phrase “One killing blow”. At the hombu dojo he must impress upon his students what this means and to practice Karate as if their life depended on it.

While the roots of Wado Ryu Karate are found in Shotokan, it has more in common with Jujutsu. Master Hironori Ohtsuka, is the son of the founder and continues his legacy. He has also inherited his father’s courage as he demonstrates a defence against a deadly sword or Shiraha-tachi-dori. As Ohtsuka reveals the secret to this technique and many others, Wado Ryu’s combination of Karate and Jujutsu show us why this is one of most practical and efficient martial arts today.