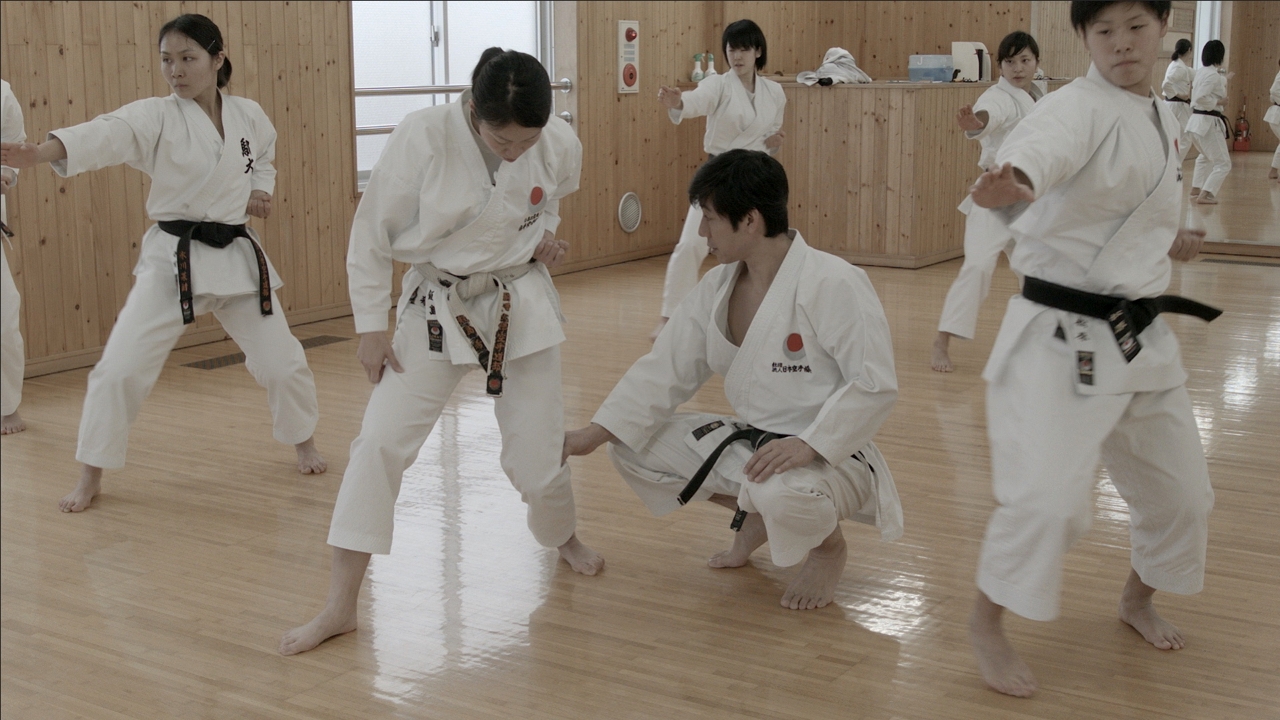 This was the first of two visits our film crew would make to the beautiful purpose built Hombu-dojo in that same week. One was to film a regular class in the main dojo and a unique all women’s class in the second dojo. Our next visit was to interview Mori Toshihiro Sensei 7th dan and Naka Tatsuya Sensei 6th Dan. Both instructors are veteran’s of JKA competitions with more than ten top three places in the JKA All Japan Karate Championship’s in the 80’s and 90’s.

Naka Sensei is pictured left joking around with our director, Jon Braeley. He is well known to martial arts movie audiences worldwide as the star in ‘Kuro-Obi’ or Blackbelt the movie. After demonstrating his superb skills in the movie, Naka Sensei’s reputation not only as a karate master but as a charismatic actor grew ten-fold. However he quickly points out that his first love is teaching and practicing Shotokan Karate… JKA style!

The purpose of our visit was to discuss JKA history and it’s place in the timeline of Karate from it’s roots in Okinawa to the modern Shotokan we see today. The interviews and dojo practice will be a key feature in our episode on Karate in our Budo: Way of Martial Arts Series. We hope to dedicate a story very soon that will give more details of this epic series on Japanese Budo. It is a mammoth undertaking and we have been filming since 2012 with no end in site. Be sure to check out Naka Sensei’s movie ‘Kuro-Obi’ when you can!