How does anyone get started in the Martial Arts? I grew up in Yorkshire, North England. A long way from Japan or China. Yet there were good places to train in both Chinese and Japanese martial arts even in the north of England. The movie The Big Boss introduced me to Bruce Lee and Kwai Chang Kaine was a Shaolin monk wandering through the Wild West in the TV show Kungfu. But the reality was that I was a sixteen year old shy skinny kid who needed to learn to defend himself. I was growing up in a very tough neighborhood in one of the poorest parts of Sheffield. To avoid being the target of the bullies I would hang out with a gang of skinheads – not the best solution! I soon found out that acting tough is very different to actually being tough. 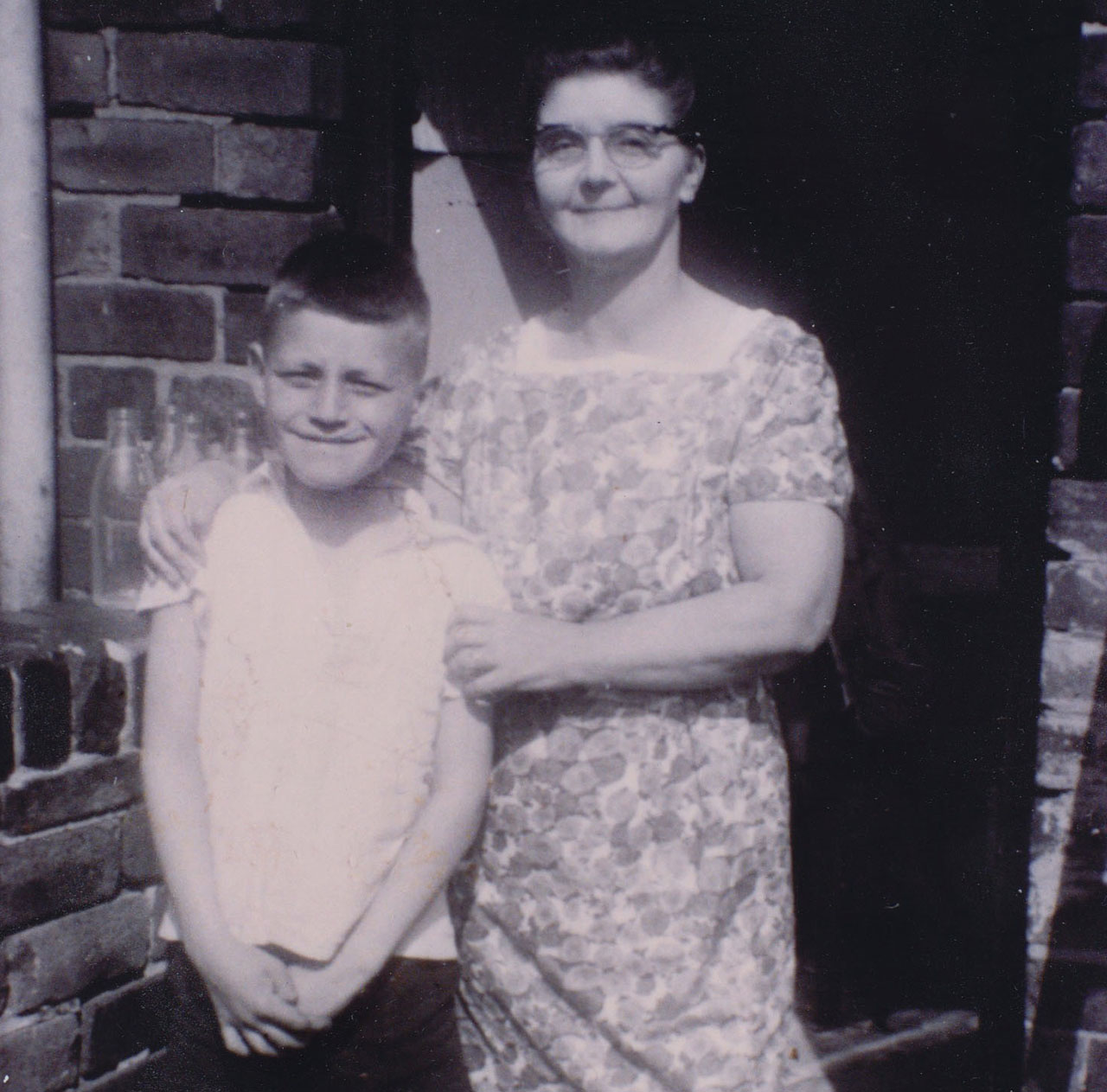 My break came through my older brothers band manager, Keith Wagstaff, who was a black belt in Shotokan karate. Meeting a black belt in karate was an opportunity not to be wasted and I had the sense to realize this. On my sixteenth birthday, Wagstaff enrolled me in the YMCA and began giving me karate lessons every Tuesday evening. There was a Judo club at the YMCA but we were the only ones practicing karate. It felt incredible to get away from my poor neighborhood, go across town and do something exciting and worthwhile! But nothing lasts forever as the saying goes and six months later the lessons got fewer and fewer until they stopped. I started to worry. I really liked karate and I did’nt want to give it up. Beside I also noticed myself becoming more at ease with the tough boys in my neighborhood… some of them were real hard cases. If you showed any sign of weakness you would be picked on. It was’nt bullying – by this time I had left school and started college. It was just the natural order of things in a tough neighborhood. One local tough guy was Terry. He was always fighting in the local pubs and usually on Saturday nights. I saw Terry in action once… windmilling into three or four big guys all by himself. As my martial arts knowledge increased I realized that what made Terry different was’nt his technique, in fact he had none. But what he lacked in technique he made up for in courage and lack of hesitation. He was fearless. The big difference between myself and Terry was that I used martial arts as a discipline to strengthen my character…. and stay within the law in a neighborhood full of hoodlums. 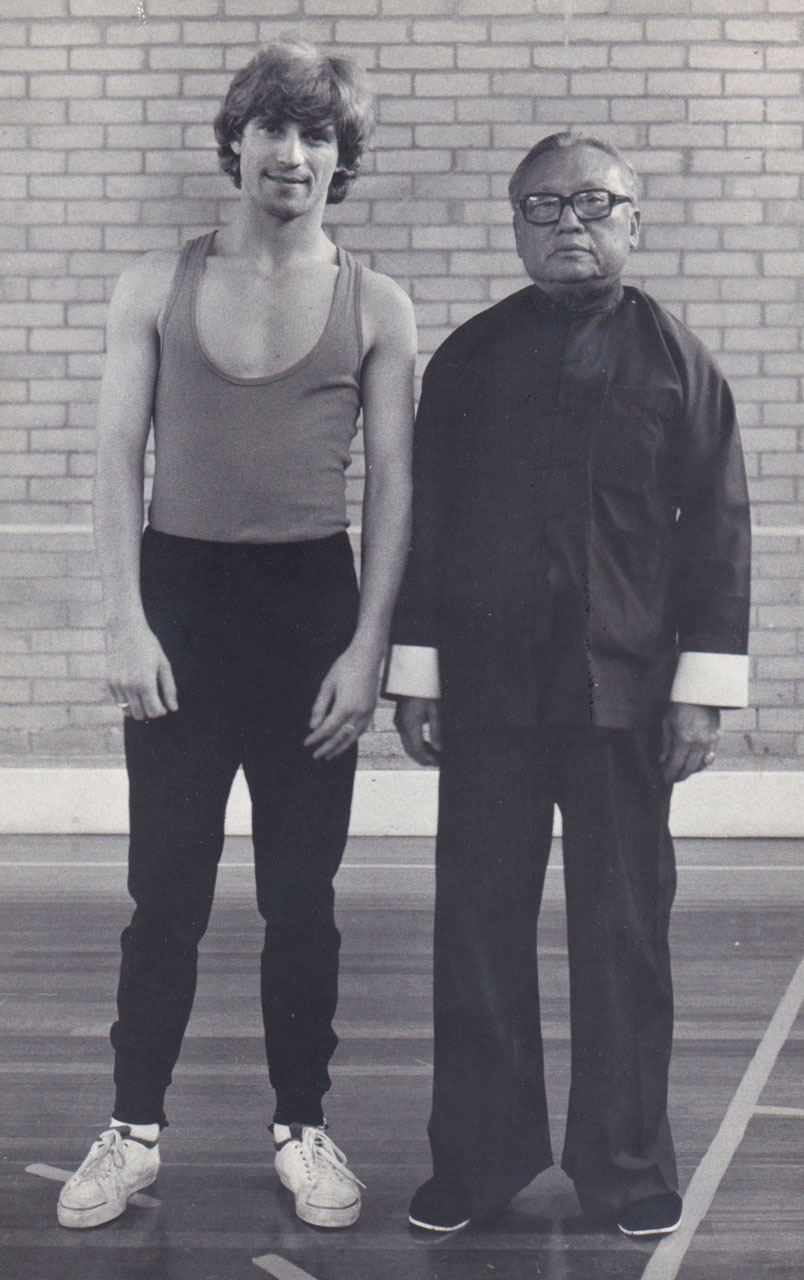 With six months of karate under my belt (pun I know), I found the courage to join a Shukokai karate club run by Roy Stanhope (later to become British team manager). The dojo was in a run-down vestry (church) hall with nails sticking out of the old wooden floor. My job as a yellow belt was to make sure the floor was smooth and dry before class started. During this time I was also attending Shotokan karate classes with sensei Stan Knighton and odd classes at the weekend with friends. Roaming around various clubs was not unusual in those days. If you liked the instructor this was more important than the style or the club. One of the local black belts called Barry Nash used to teach us at a grimy boxing club. Here I was in my white gi  and a greenbelt thinking I was cool while across the gym the real tough guys bashed each other senseless inside the ring. This exposure taught me a few lessons. It can be a mistake in martial arts to stay within your own style and not be exposed to other ways of thinking. Once in a while we took off for Liverpool or Manchester to train at other clubs or go to competitions. Danny Conner in Manchester introduced me to Wing Chun and Tai Chi Chuan. There were some very knowledgable teachers around in the seventies. Back at the vestry hall with sensei Stanhope, I remember the makiwara (targets) were home made with very little padding… bloody hard. All the tough black belts had their first two knuckles swollen and bloodied most of the time. Once a week we did a barefoot run for 30 minutes on the streets and usually in the snow or freezing rain… well this was Yorkshire! Then it was back to the dojo for practice… no towels, no drying off. Hard training. When I passed my brown belt I was asked to join the other high ranking belts in the pub across the street. That had a big impact on me – the  camaraderie with the black belts after class. Later in life when I was teaching karate, I made it a point to always ask students to join me in the pub afterward. The social aspects of martial arts should not be ignored. Even today when I am in Japan and see students drinking sake after class with the sensei, I look back at those old days in the pub with the black belts.

After five years of karate I was like a sponge for anything Japanese or Chinese… it really did’nt matter about the style as long as I believed it would work as a self defence. After I got my black belt in karate I decided to take time off and practice other martial arts while I had the chance. I studied Tai Chi under the Chin Woo Athletic Association and stayed with it for two years. Many years later I met and trained with sensei Kanazawa (Kancho) and I found out we had Tai Chi Chuan in common. Kanazawa was a big believer in the benefits of Taiji, especially for karate practitioners. I also trained in Aikido and went to Japanese weapons classes. But time was moving faster than I was and I had just started work and eager to set up my own business. I was 24 years old and it was time to take a break from martial arts.