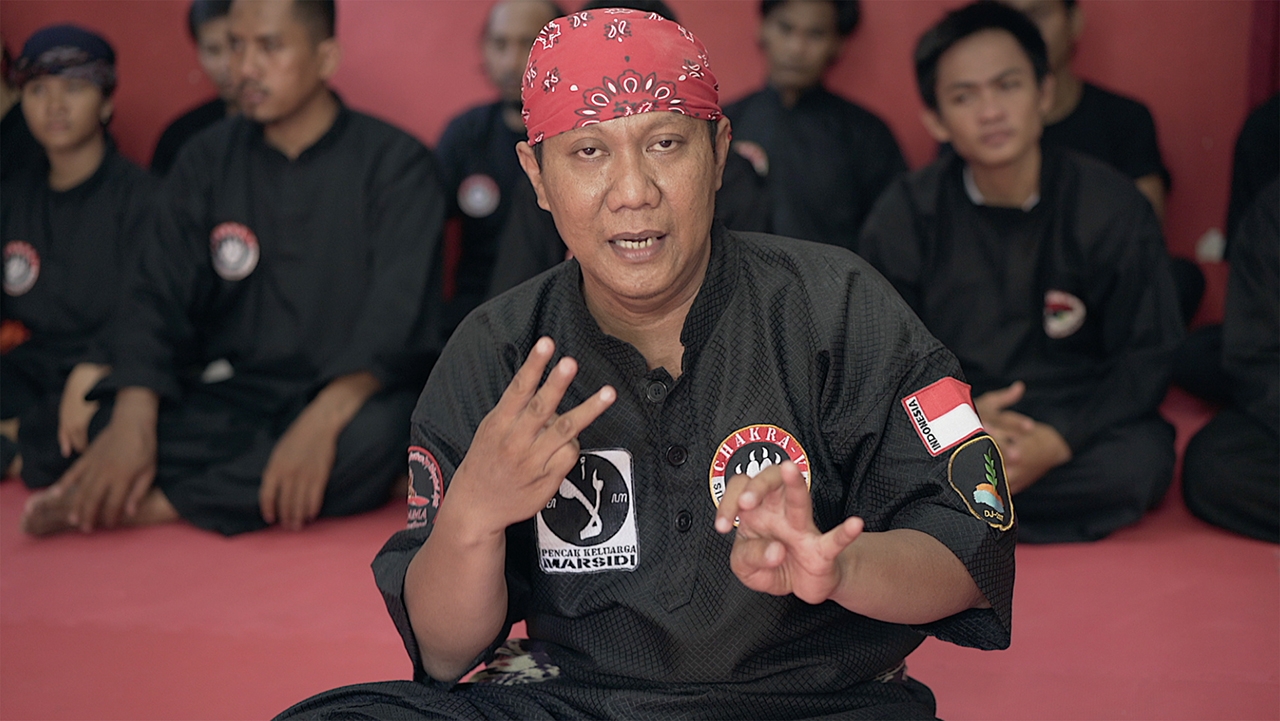 In a country made up of 18,000 islands and over 300 ethnic groups, it is no surprise that Pencak Silat, the martial art of Indonesia, has about 600 recognized styles. This is the number of styles registered with the governing body, the Indonesian Pencak Silat Association. What is more striking is this number can increase dramatically if one includes all of the indigenous tribal groups and family run schools.

Yet Pencak Silat has remained relatively undiscovered outside the Indonesian archipelago. One of the reasons for Silat’s obscurity even inside Indonesia, is that Pencak Silat methods and technique were passed down from generation to generation within the bloodstream of the family. Very few written records were kept and public demonstrations were rare. It was common for a Silat style to remain in the village and never be seen outside. Village to village rivalry ensured that many techniques were kept hidden and teachers were careful to transmit their knowledge to those they could trust.

While there are some traditional styles of Pencak Silat still being practiced secretly and away from the public, there is hope that not all styles are in danger of being lost forever. A number of less well known styles have joined the liaison body for international Pencak Silat, called the International Pencak Silat Association or PERSILAT with a desire to expand outside Indonesia and establish schools in other countries. Mainstream styles are now being taught as extra-curricular activities in Indonesian schools. And there is great deal of interest from students around the world who are discovering this exciting martial art for the first time.

In our film release, The Island Art of Silat, we feature both mainstream Pencak Silat such as Perisai Diri and less well known styles such as Inti Ombak, Tapak Suci Silat and Chakra Lima. Perisai Diri originated in the Java cities of Yogjakarta and Surabaya and is one the most regulated of the Silat styles with a national tournament held in Jakarta. In our documentary we not only feature the daily classes of Perisai Diri but also the first Indonesian National Tournament at the Padepokan National stadium in Jakarta. We also visit a major university to explore Tapak Suci Silat and learn how Silat is finding a large following through the colleges and tournaments across central and east Java.

Inti Ombak means ‘Inner wave’ and is an esoteric style from Madura and central Java. Inti Ombak is building a large body of dedicated students outside of Indonesia and particularly in the USA. In The Island Art of Silat we visit both schools of Inti Ombak in Jakarta and Yogjakarta. Finally we also feature the family run school of Chakra Lima from Surabaya, a style that dates back six hundred years to the Majapahit kingdom in Java island.

As we journey across Indonesia we are able to bring you in-depth interviews with many of Indonesia’s best Silat masters and showcase, often for the first time, the daily class and teachings of their style.

The Island Art of Silat, our full length documentary will be released in November 2017.