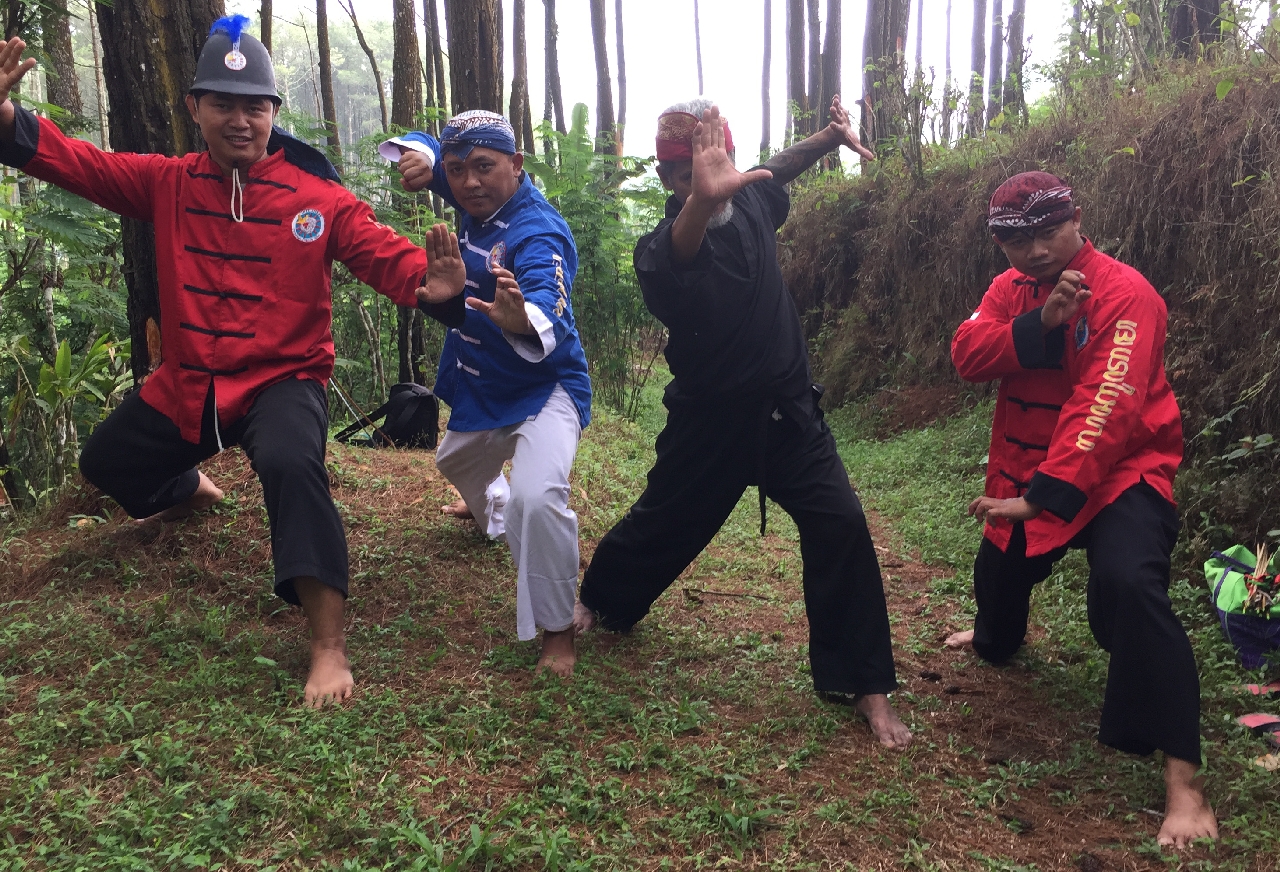 It has been too long since our last post. Our project for the Warriors of Budo kept us in Japan and editing in the USA for a total of two years. We are also trying to get our Immortal Path (Taoist Martial Arts) movie released early in 2016… so a keeping busy means we have less time to spend writing about our work. Until now… here is a short update.

We are in Indonesia at this moment filming the Island art of Pencak Silat. There are hundreds of various styles of Pencak Silat and like the Filipino martial arts this occurs when a country is made up of thousands of islands. Martial styles become attached to a small geographic region or even just one village and maybe one family. We are filming mainly three styles that are very different and can give us the right amount of information we need in the space of a feature length documentary… not easy in Pencak Silat. The photo below is of Pakdhe Kardi of Inti Ombak Pencak Silat Martial Arts. This is located in the mountains over Yogyakarta, an old historic region with strong ties to Pencak Silat and birth of Into Ombak school. Othere styles include the popular art of  Perisai Diri from Surabaya and Chakra Lima style. Most of the competition aspect of Pencak Silat will concentrate on the Perisai Diri schools.

We are bringing you some great class instruction and we saw some really good forms or kata called Jurus which are a pre-meditated set of steps and movements used for practicing proper technique and training agility. Avoidance and moving the body from an attack is an important technique in Pencak Silat and could be noted by many Karate styles and copied. There are many weapons especially traditional knives and the Kris and Kujang are featured in our upcoming film. It is an impressive martial art and we feel Pencak Silat will be growing in popularity over the next few years. More updates to come once we are back in our offices. Bye for now.