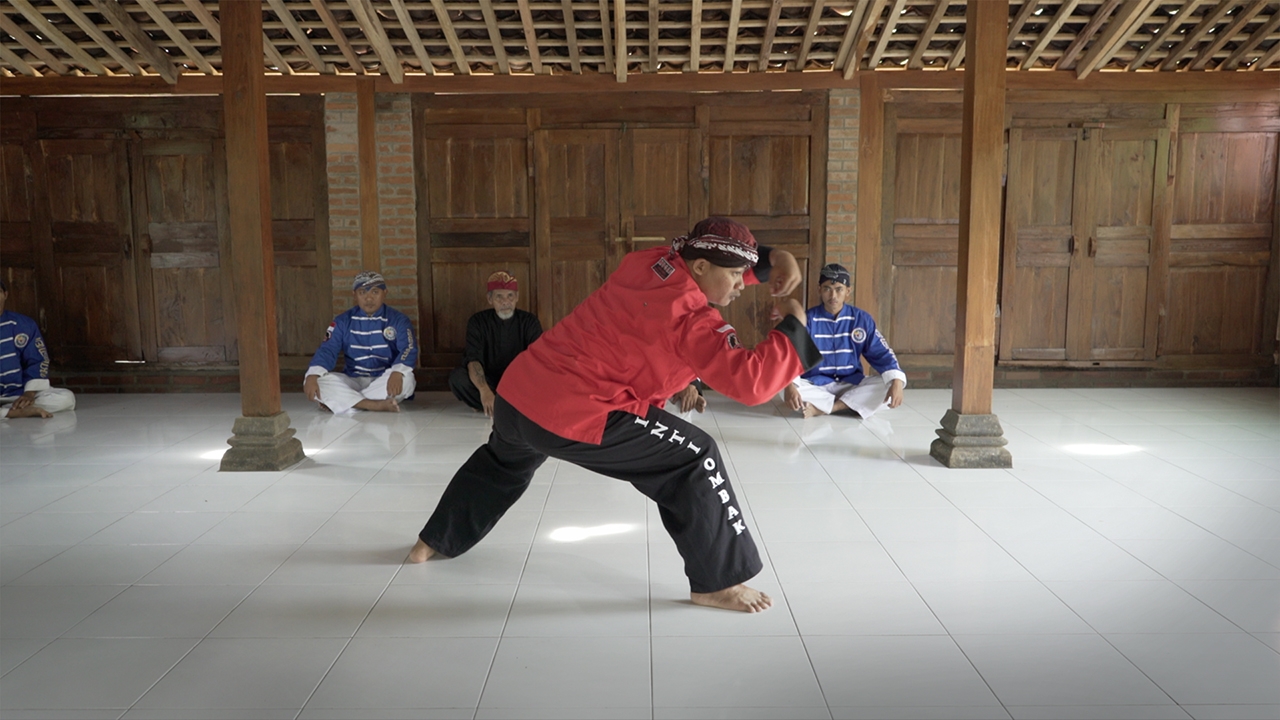 Inti Ombak was created by Guru Daniel Prasetya by blending together two opposing styles of Madurese and Mataram Silat. In doing so he applied his own martial art philosophy. Referred to as Kaedah, it is a set of core principles or rules that govern Inti Ombak.

For the Javanese, Pencak Silat is a component of their daily life. The qualities needed are developed each day as they go about their daily life wether growing crops or fishing or walking among the mountains. In reality a Silat player is ready to defend at any time without preparation. There is no warm up. There is no stretching.

There are a number of religious faiths aligned with a martial art. Zen Buddhism in China. Shinto in Japan. The spirit, the mind and the body co-exist. It is not uncommon for villagers to seek a Silat master for spiritual help or healing. In the performance of Silat, it is said the heart and soul of a practitioner can be seen through the movements. Inti Ombak uses the expression ‘Laku-Utama’… a code of conduct. It is a way of living for the warrior and similar to Bushido, a code of conduct for the Samurai.

The philosophy of Inti Ombak is to embrace other styles. It is not uncommon to find Silat masters such as Guru Kardi from central Java practice a style other than his own. Not all styles have been preserved and we may never know how many have been lost. Ancient styles transmitted from family member to family member and never adopted.

To the casual observer this ‘dance’ may bear little resemblance to a fighting art. Yet within these flowing movements lay the technique by which an opponent is beaten. It is a style that combines the soft and hard, the slow and the fast. Moving fluidly from calm water to powerful wave.