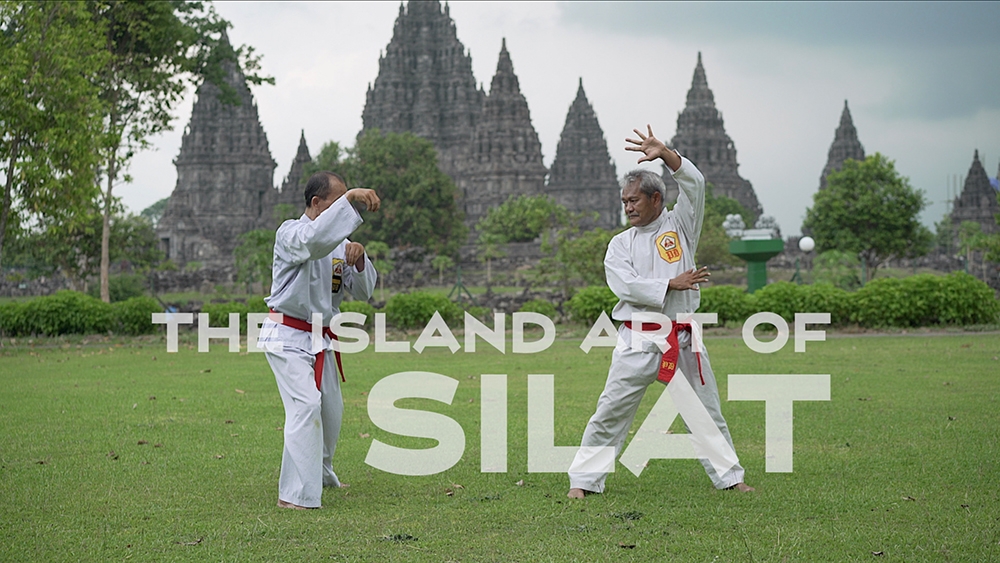 We are pleased to release the cover artwork for our new release, The Island Art of Silat. Click below to view a high-res larger version. 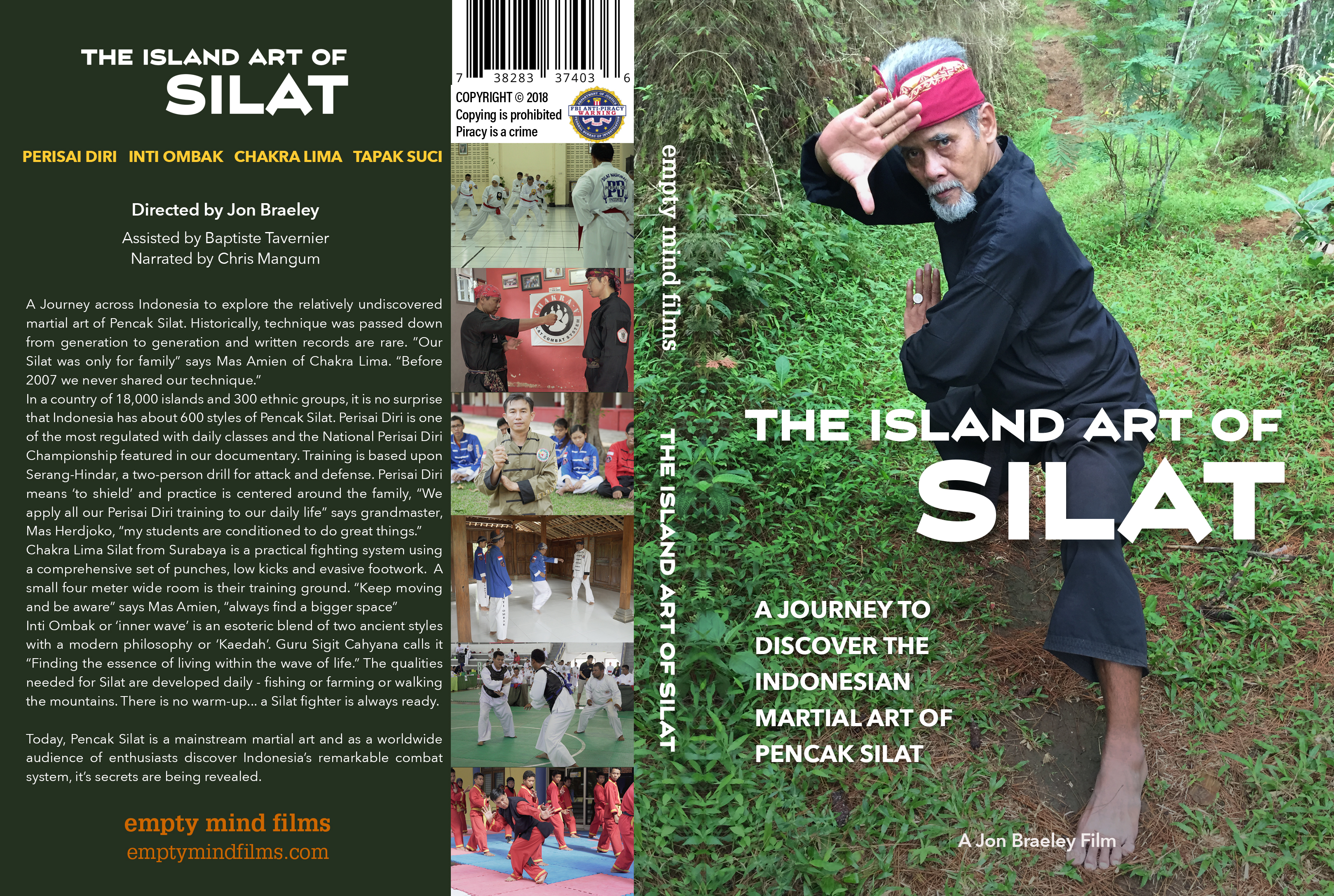 This is a Journey across Indonesia to explore the relatively undiscovered martial art of Pencak Silat. Historically, technique was passed down from generation to generation and written records are rare. ”Our Silat was only for family” says Mas Amien of Chakra Lima. “Before 2007 we never shared our technique.”

In a country of 18,000 islands and 300 ethnic groups, it is no surprise that Indonesia has about 600 styles of Pencak Silat. Perisai Diri is one of the most regulated with daily classes and the National Perisai Diri Championship featured in our documentary. Training is based upon Serang-Hindar, a two-person drill for attack and defense. Perisai Diri means ‘to shield’ and practice is centered around the family, “We apply all our Perisai Diri training to our daily life” says grandmaster, Mas Herdjoko, “my students are conditioned to do great things.”

Inti Ombak or ‘inner wave’ is an esoteric blend of two ancient styles with a modern philosophy or ‘Kaedah’. Guru Sigit Cahyana calls it “Finding the essence of living within the wave of life.” The qualities needed for Silat are developed daily – fishing or farming or walking the mountains. There is no warm-up… a Silat fighter is always ready.

Today, Pencak Silat is a mainstream martial art and as a worldwide audience of enthusiasts discover Indonesia’s remarkable combat system, it’s secrets are being revealed.

The Island Art of Silat will be released in digital HD format and DVD at the end of October 2017.