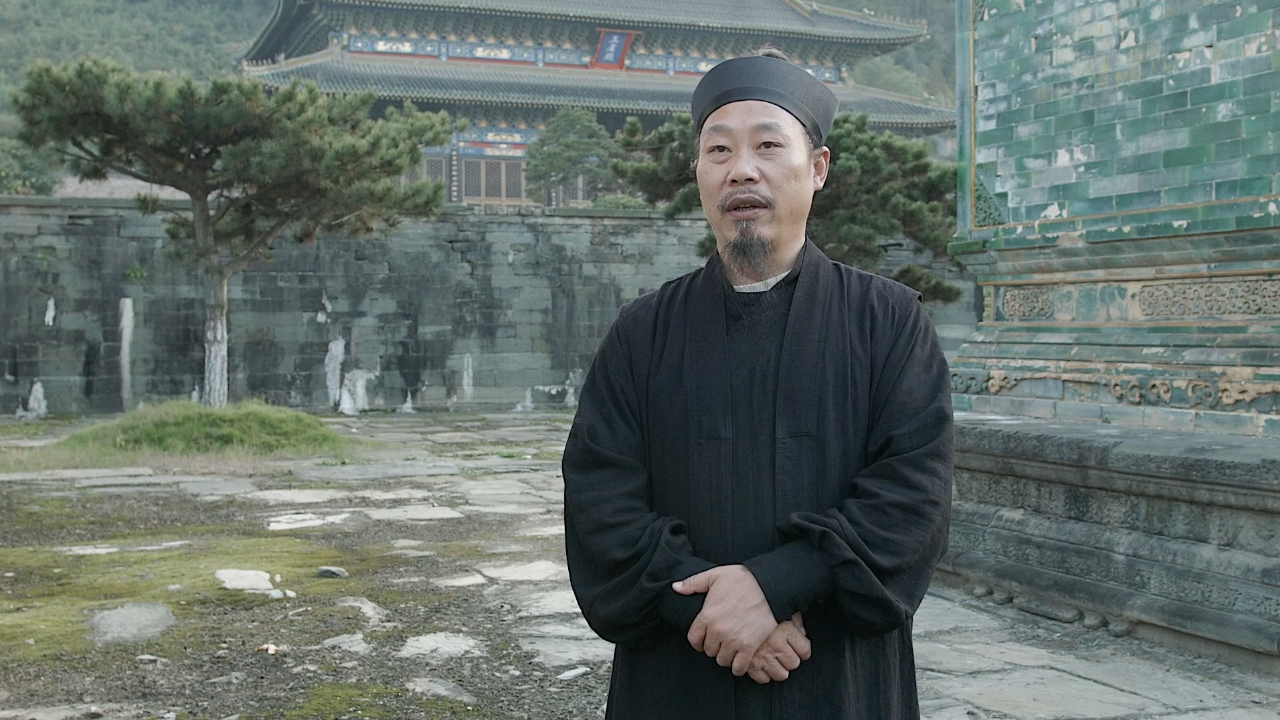 The cave was built by Wudang Mountain’s leading master of the Martial Arts. This is Master Zhong Yun-Long, chief Priest of Wudang Zhang San Feng lineage. Early in his career he held the high post of instructor for the Wudang Taoist Association. In 2003, with his own development being hindered by his many teaching obligations, he resigned and retreated to this cave.

To dig the cave Master Zhong Yun-Long sought help from the local village. As the last shovel of earth was removed he immediately took up residence and began the self imposed exile that would last more than five years. Each waking hour would be devoted to Tai Chi practice.

Verse 47 of Dao De Ching tells us “Know the world without leaving your door. Observe heaven’s way without peering through your window. When you go out and travel further and further away, what you know for certain diminishes.” Everything that Master Zhong Yun-Long needs is within his reach. Water from the stream, vegetables from the forest and the mountain air he breathed.

In the shade of the mountain forest Master Zhong Yun-Long performs Tai Chi. For him Tai Chi Chuan is not simply a set of movements but the culture of Wudang Martial Arts… internal and external practice, Kungfu, meditation and preservation of good health.

Breaking from his solitary practice, Master Zhong Yun-Long invites students to the mountain so he can check their progress. His love of teaching has never left him. “Under the Dao we are all role models” he would say… “To help those who need it and guide them on a path”.