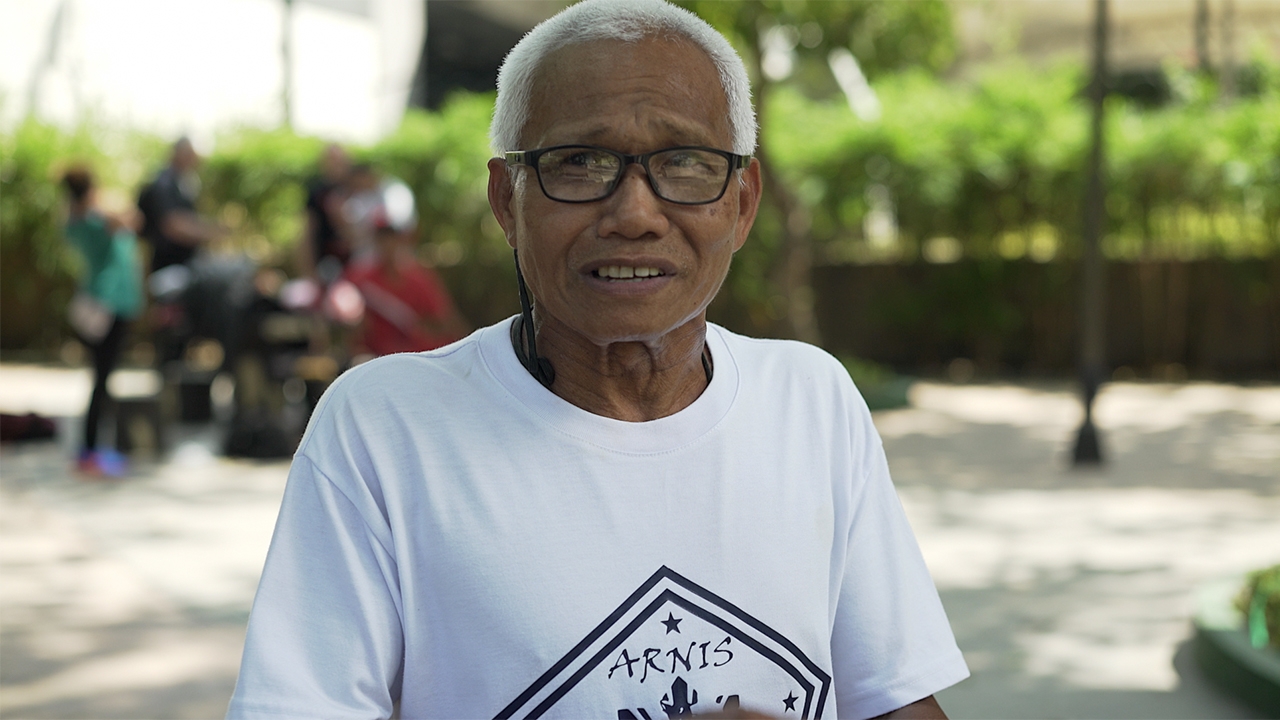 Below is a A video clip from Fighting Sticks of Arnis featuring the grandmaster Rodel Dagooc. He teaches his DAS or Dagooc System of Arnis at his Sunday classes in Luneta Park, Manila and in Batangas, his home town about three hours drive from Manila.